Men are great, aren’t they? Well, a lot of them are, but it seems to me that they often have to carry the can for those who are… shall we say… less than ideal? You know that, “all men are users/losers” thing – you’ve heard that, right?

Well, how can that be? All men? Everywhere? Would that automatically include our fathers, brothers, and sons?

And what about the middle-class-white-male thing? They are all racist, sexist, and ageist?

You might imagine that my association with men has been all sweetness and light… and you’d be wrong. I won’t bore you with the details, but suffice to say my experience of the male gender has, at times throughout my life, been highly challenging… to say the least. But then, the same can be said of the female gender, too.

So, what haven’t I liked, where men are concerned (based purely on personal experience)?

And, what have I liked, where men are concerned (based purely on personal experience)?

What haven’t I liked, where women are concerned (based purely on personal experience)?

Overt sense of self-entitlement

And, what have I liked, where women are concerned (based purely on personal experience)?

I didn’t have admirable, inspirational role models of either gender when I was growing up, and I never felt emotionally safe and cherished – and I mention this only to explain that I don’t have any reason to favour one over the other. But, generally speaking, there are many, many good men out there, and I do enjoy the way they are… how they look at life, how they perceive things, and how they communicate, especially with each other! Men are routinely mean with each other, in an affectionate way; if a guy falls down the stairs his friends almost pee themselves with laughter before checking whether or not he needs the emergency room. Not particularly admirable, I admit… but it is an approach that somehow helps… it takes the sting out of a situation that could be highly-charged or uncomfortable.

And, I like the way men can step up to the plate when needed. If the car won’t start, or we have a flat tyre, or we don’t know how much oil to put in, it is usually a bloke who comes to the rescue. I am not a girly-woman who can’t do some of these things for myself, by the way, and when I was younger I was proud of the fact that I didn’t need a man to help me… which was just as well, given that I went through two husbands who could barely breathe in and out without assistance. Nowadays, I am more than happy to accept a helping hand from a willing man!

I still smile at the memory of a male biker friend who was so proud when I turned up at a rally on my own bike, as opposed to riding pillion with my partner. He couldn’t believe I had travelled that distance on my first gorgeous little bike, a 125cc… and he encouraged me to ride his, which was much more powerful, up and down the field, despite my terror… and the fact that he believed in me made me believe in myself! I have found that some female riders are highly competitive, and are patronising toward women who ride less powerful bikes than theirs, or are quick to inform you that they actually ride, rather than travel as passengers (assuming that you don’t ride!). Silly, I know, but even the world of biking has its ‘issues’.

If we women are continuously experiencing men in a negative way, it could be that we are with the ‘wrong’ person, or are consistently picking the ‘wrong’ ones. Or, it has to be said, it is even possible that we could be bringing out the worst in the man we are with. We may not be suited at all, and if we were both with other partners we might be completely different people.

I have come to believe that we need to celebrate the feminine and masculine energy. That doesn’t require men to behave as chest-beating cave-dwellers, or women to dress up in floral prints and be chained to the kitchen sink. Men can still be emotionally responsive (in a masculine kind of way), and women can still be high-flyers… and yet both feel comfortable with their roles. Of course, if I’d have expected either of my ex husbands to understand or accept any of that, I’d have been bitterly disappointed. Some men ‘get it’, and others don’t. The trick is to recognise whether you are with a guy who is clearly always going to be a selfish little boy in a man’s body, or whether he is actually willing to grow into and develop his role… with a bit of encouragement. Men don’t automatically know how to behave in a responsible, grown-up relationship, unless they have already experienced that stuff. And we women have a bad habit of turning men into children, taking on the parental role, and then berating them for it (been there and done that!).

As I said at the beginning, men are great – or, at least, most of them are. They tend to be more simplistic and less complicated than women, and they are wired to really respond to positive reinforcement… and what’s wrong with that? I am glad that men exist, because, apart from the obvious reasons, they do stuff women generally don’t want to do (and actually, would probably struggle to do, despite what the extremist feminists would have us believe). I watch a lot of ‘man’ TV with my partner (additional to Formula 1), featuring car/bike renovations and rescue services. There are not many women working through freezing, snowy nights, attempting to drag crashed articulated lorries out of ditches, whilst dodging speeding traffic. There are probably a few, who will be doing a stellar job… but not many. There are jobs that are so physically demanding and dangerous that most women would seriously hesitate before considering them as careers, and I doubt that women are being turned away in droves by employers, in favour of men – I reckon most of us just wouldn’t want to put ourselves in such a position! There are female wagon drivers tackling the worst weather conditions, within the most hostile environments (and I absolutely salute them) – but they do not outnumber male drivers. The opportunities are out there, for the most determined women – although I imagine some employers are fearful of exposing them to extreme physical challenge and danger, and therefore reluctant to take them on – but most of us are unlikely to even want to be candidates. So, let’s stop pretending that we can do everything that a male can… or that we even want to!

If you are sneery of men in general, if you have sniggering conversations with other women about their lack of worth and value, if you feel consistently resentful and frustrated with the male gender… you are either with the wrong kind of partner – one who is unlikely to ever change – or, you are continually associating with the same kind of personality, or, you might benefit from a change of approach and attitude. Both genders are equally valid, both have their plus-points and faults – and both are still learning how to understand and live alongside each other! 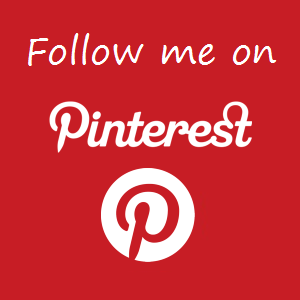